The COCA Board of Directors accepted his retirement at their August board meeting. Papademetriou has worked with COCA for 35 years, and served as the Executive Director for the past five years.

Board President Dr. Kristen Sandel wished him well in his retirement, and called him a “pillar of the recovery community in Berks County, particularly during the opioid epidemic.”

“His steadfast leadership, commitment and vision have been instrumental during his time at the Council on Chemical Abuse, driving the organization forward,” Sandel said.

COCA is designated by the County Commissioners as the Single County Authority (SCA) for Berks County, serving as the coordinating agency for publicly supported drug and alcohol programming.

“Stan is a leader in the arena of opioid abuse and addiction services. His compassion and commitment to evidence-based treatment as well as a solid working relationship with a wide variety of partners here in Berks County is critical in effectively addressing the current crisis. I wish him the best in the next chapter of his life.”  Berks Co. Commissioner Christian Leinbach

During Papademetriou’s tenure as executive director, the Council on Chemical Abuse instituted a number of new programs aimed at addressing substance use prevention, treatment and recovery in Berks County. Chief among these was opening the RISE Recovery Center in Reading in 2019, providing meeting space and resources for people in recovery from addiction.

Other initiatives introduced by COCA while Papademetriou was at the helm include the Blue Cares program, which helps police get overdose survivors into treatment; and the SOS Berks Opioid Coalition, which works to reduce opioid overdose deaths in Berks County.

Berks Commissioner Kevin Barnhardt, who, along with Papademetriou has co-chaired the SOS Berks Opioid Coalition since 2017, said the county has been “incredibly fortunate” to have Papademetriou serving the community for so many years.

“It is evident to anyone that has worked with Stan that his true motivation is his passion for those dealing with addiction,” Barnhardt said. “I’ve been continuously impressed by his ability to stay calm and level-headed, regardless of the challenges brought before him. He was the right person for the job and we’ll continue to reap the benefits of his hard work for years to come.”

Papademetriou began his career with COCA in 1985 as a Case Manager with Treatment Access and Services Center (TASC), which, at the time, operated as a unit of the Council on Chemical Abuse. In the early 1990’s, Papademetriou played an essential role in transitioning TASC to a free-standing nonprofit organization and served as the first Executive Director from 1992-1994.

County Commissioner Michael Rivera noted that Papademetriou’s long history with the organization has been a boon to the community.

“Stan has been a huge asset to COCA and Berks County. He has dedicated 35 years of his life to COCA and providing a positive impact to the Berks community,” said Rivera, who previously served as a COCA board member for several years.

The COCA Board of Directors will undertake a search for a new executive director. 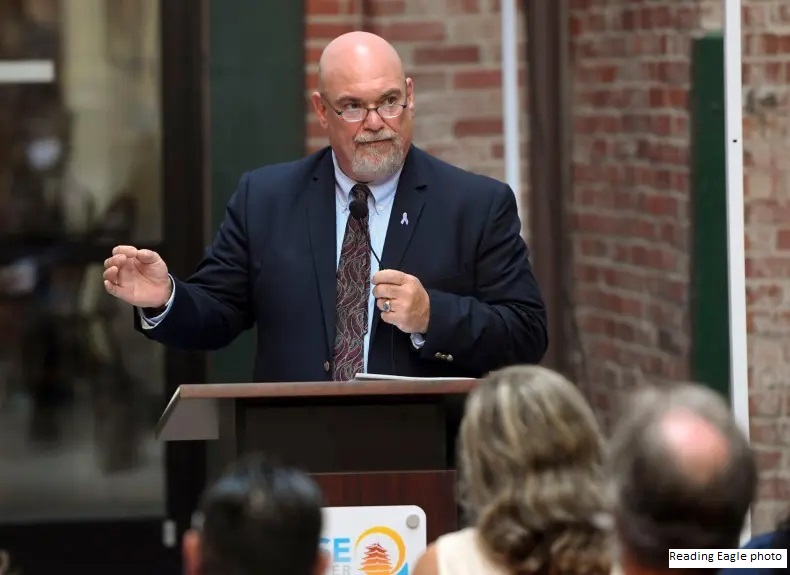