The HERO Campaign is dedicated to preventing drunk driving deaths and injuries by promoting the use of designated drivers. The campaign was established by the family of Navy Ensign John Elliott, who was killed in a collision with a drunk driver two months after graduating from the United States Naval Academy in July 2000. The campaign has won state and national awards for its work to prevent drunk driving, which kills and injures tens of thousands of Americans annually.

Watch these short videos about the Berks County HERO Campaign for Designated Drivers: 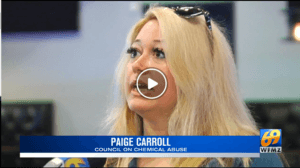 Register as a HERO Establishment

Register as a Designated Driver

Be the designated driver when you go out with friends and family. Take the HERO Pledge and receive your HERO ID Card instantly

Click the links to learn more about the Berks HERO Campaign

When you go out with family and friends, be sure to name a designated driver. Take the HERO driver pledge to receive an ID card entitling you to a free soft drink at participating HERO establishments.

Click here to take the designated HERO driver pledge and receive your digital HERO ID Card instantly.  This card is honored at participating bars and taverns.

Find a HERO Bar/Tavern near you.

Thank you to these Berks County HERO Establishments!